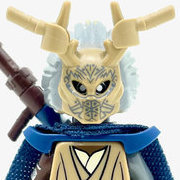 By socalbricks, March 26 in Guilds of Historica