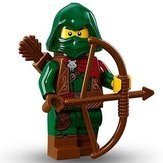 Which Themes Deserve a Reboot?