Elostirion created a topic in Brethren of the Brick Seas 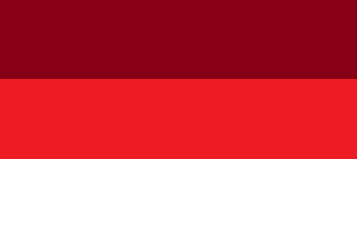 The purpose of this guide is to provide an overview and introduction to all non-player nations in Brethren of the Brick Seas. For the player nations please see their respective topics (Corrington, Eslandola, Oleon, Sea Rats).
The information posted mainly describes history and background of these nations. The included images of buildings, troops and flags shall serve as general inspiration - feel free to develop all nations in your unique way, and feel free to adapt your MOCs to your personal collections as well. BoBS is a world for the players to develop. Please post any suggestions, feedback and questions in the Intro Thread.
Altonia The Kingdom of Altonia occupies an isolated area at the North eastern tip of the Madrice peninsula that is dominated by high mountain ranges and harsh winters.
read more   Carno

Located on the southern coast of the Madrice peninsula, Garvians have always been a people of tough seafarers, making their fortune on the oceans. In 363 AE the "Garvian League" of trading towns, declared their independence from Mardier. Since then the sturdy Garvians have won three major wars against Mardier and one against Eslandola. The Garvians have been a very active colonial nation, both by claiming three islands and founding settlements, as well as by making their fortune as traders and smugglers.
read more   Great Alliance States

For many years Mardier has been the leading nation, on the Madrice Peninsula as well as in Colonialisation. They had long held the island of Terraversa, the island furthest to the east in the Sea of Storms. When other nations discovered new land east of Nelissa in 616 AE and 617 AE, the Mardierians had already established major settlements. In 617 AE, when in the time of civil war they were also at war with Eslandola and Garvey, the Mardierian Empire lost most of their colonial posessions and power, which they are now trying to recover from.
read more   Middle Kingdoms
[FLAG]
placeholder for text
read more   Mokolei

The island of Terraversa, discovered in 508 AE by Mardier, lies more than a thousand miles east of all islands that were known before, and as such is the central intersection between old and new world. The nation is a melting pot of many cultures and races, including the island's native Atwi tribe. Terraversa stayed a Mardierian colony until 617 AE, when the finally gained their independence through war. The young nation has yet to establish itself as an influential colonial power.
read more   Varcoast