The recent visitors block is disabled and is not being shown to other users.

Ellaria was found as an infant from the woods near Tumpkin Village in the Low Kingdoms. As she grew up, her uncanny healing powers frightened the superstitious villagers. One day she was raped by an influential man from the village and sent into exile, carrying the burden of shame. Guided by her goddess Sylvania she came to Eubric and joined Heroica. At the time she did not know she was pregnant with her rapist's child, but eventually she gave birth to a healthy baby girl she named Elpis ("hope"). Ellaria then followed her destined path to become a druid in hopes of one day being able to reach Sylvania's abode. In a tragic turn of events Elpis was taken from her crib. Ellaria started a personal quest to find her, all the while wondering whether her goddess had abandoned her.

Quintessa of Heartland
~67 years old female human Barbarian
~Biography: Quintessa is the Queen Mother of the southern kingdom of Heartland who arrived to Heroica Hall at the behest of her son, King Jovis. Unsatisfied with the new, younger queen her son had chosen for himself after getting tired of his first wife, Quintessa had turned sour and moody. She frequently experienced outbursts of blind rage over minor matters, often smacking handmaids, servants, guards and even nobility across the head, and the whole court of Savalonia had begun to fear her. King Jovis saw no other option but to send his mother to Heroica to vent off her aggression.

But there is another side to Quintessa as well. She loves children and was a great benefactor to the poor and sickly in her homeland. As strict and composed as she is, she always carries sweets in the pocket of her apron to sneak to her grandchildren. She used to frequent the castle kitchens to bake pies and cakes to give to the needy, and the common people nicknamed her “the Queen of Tarts”. The commoners were devastated to see her be sent away. Quintessa herself sees her thinly veiled exile as a chance to relax and see the world. At 67, she is well past her days of beauty and grace, but she still packs a mean punch. Monsters and villains would come to fear the sight of her.

Samuel (Town) in Baritones 3 by Hinckley - Killed upon the Conclusion 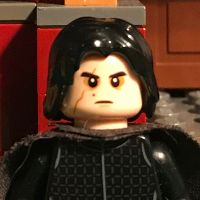