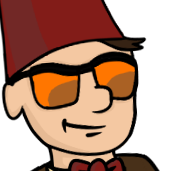 Which Chima character is the most generic army-builder?

By The Brick King, June 26, 2013 in LEGO Action and Adventure Themes