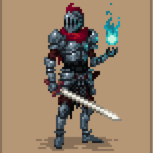 Do you tend to stick to your nationality?