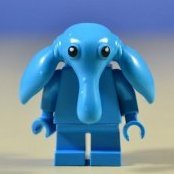 By MaximillianRebo, Wednesday at 06:47 AM in LEGO Star Wars