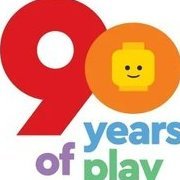 Legoland is coming to Belgium.

By bricks4live1972, August 30 in LEGO Media and Gaming