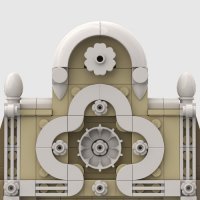 By ReplicaOfLife, May 28 in LEGO Town