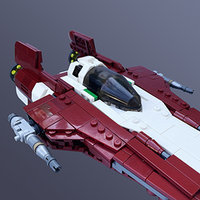 By StephenBoe, May 14 in LEGO Star Wars