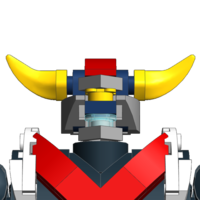 By AlexGdD, March 20 in LEGO Sci-Fi