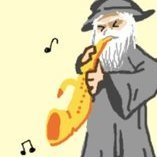 By TalusMoonbreaker, January 10 in Factions: A Galaxy Divided Archives