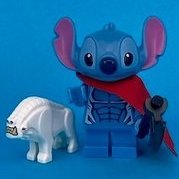 Guardians of the Galaxiflora [CCC XIX]