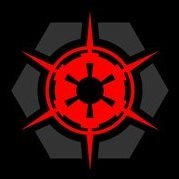 By Darth Bjorn, December 5, 2021 in Factions: A Galaxy Divided Archives