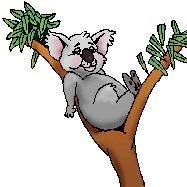 By Laid Back Koala, August 16 in LEGO Mindstorms and Robotics