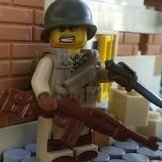 By giggs, Tuesday at 08:43 AM in LEGO Action and Adventure Themes