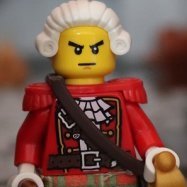 By Spud The Viking, March 30 in Brethren of the Brick Seas