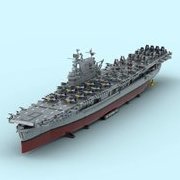 By chuck_in_charge, February 19, 2021 in The Military Section