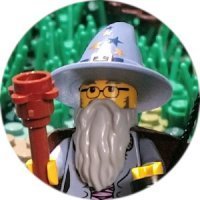 Another Normal Day for Nikou the Thief

By jtooker, Sunday at 03:07 AM in Guilds of Historica