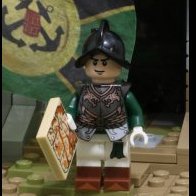 [MOC] The Fall of the Aztec Empire: Part II