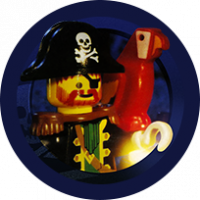 By RedbeardsCove, May 16 in LEGO Pirates