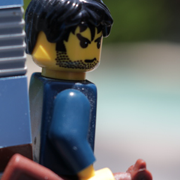 By KotZ, April 23 in LEGO Media and Gaming