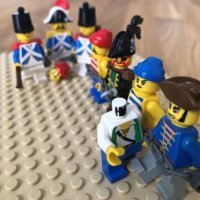 By Stoertebricker, April 4, 2020 in Pirate MOCs