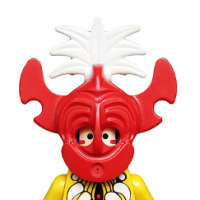 By Medzomorak, February 23 in LEGO Action and Adventure Themes