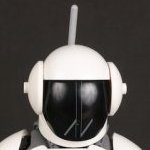 [MOC] The Tortoise and the Hare