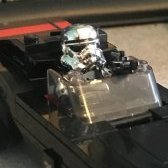 6 or 8 stud wide trains, where do you think TLG is going for future sets?