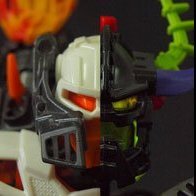 By JJ Tong (zfogshooterz), May 27, 2019 in LEGO Action and Adventure Themes