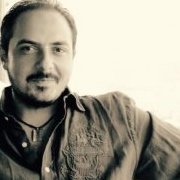 What do you think? Should the new LEGO Technic Sets be with RC(s) and/or Motor(s) vs. none of the previous, or (...)?