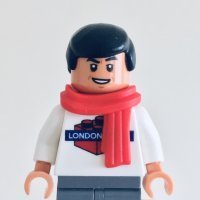 [MOC] The Fireball and the Aces from Star Wars: Resistance