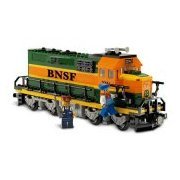 Are the Creator Expert trains finished?