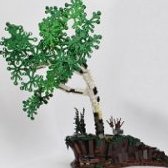 [MOC] The future is bright - part I Hybris