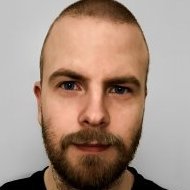 Warping at what degree of heat?