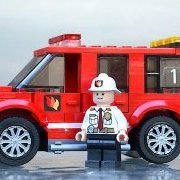 An open letter about the Lego City fire lineup for 2019