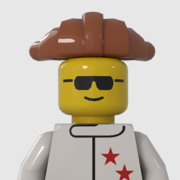 BOOK REVIEW: How to Build Brick Cars by Peter Blackert