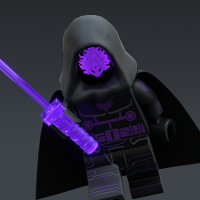 [Chal. V - Cat. C] In the Face of Death and Destruction