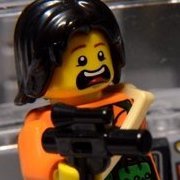 My Star Wars (and few others) decal collection