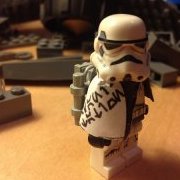 [soNE Freebuild] “We Are Being Boarded!”