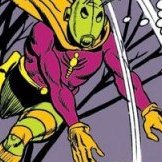 By Duncan Young, September 19, 2016 in LEGO Media and Gaming