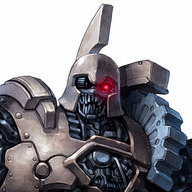 The Original Concept of Hero Factory