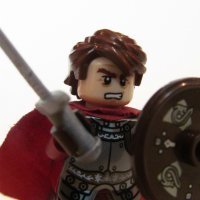 By halixon, April 8, 2016 in LEGO Action and Adventure Themes