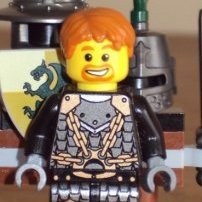 By lightningtiger, September 2, 2015 in LEGO Town