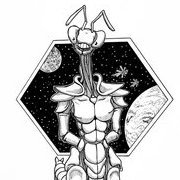 By Dannylonglegs, August 31, 2015 in LEGO Mafia and Role-Play Games