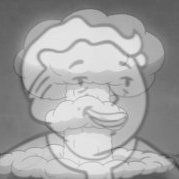 By SomeAssemblyRequired, March 11, 2015 in Culture & Multimedia